Which churches are heading for decline according to Carey Nieuwhof? – Premier Digital, 10/6/21.

Church of Scotland ‘will not survive’ without radical action to cut minister numbers, General Assembly is warned – The Scotsman, 25/5/21.

In a recent post, Gillan Scott, deputy editor of the Archbishop Cranmer blog, suggested that the Church of England might be more interested in managing decline than engaging in mission [1]. He quotes Peter Broadbent, Bishop of Willesden:

“Unfortunately, there are bishops around the place who think: ‘Well actually, we’ve just got to cater for this ongoing decline in our Church.’ And I worry about that.”

Gillan goes on to illustrate the point with his own growing church, which has been unable to appoint a much-needed assistant because of the shortage of clergy elsewhere in the diocese. Put simply, the needs of the institution have priority over the needs of an individual congregation. The implication is that institutionalism is a barrier to church growth and is a contributor to church decline. Gillan states:

But often it would appear that those churches which are growing are doing so despite rather than because of the structures and hierarchy.

Institutionalism happens when the organisation has grown to the point that it must maintain its “structures and hierarchy”, and the role of its individual parts is to service that maintenance. It stifles local innovation and thus limits growth. If decline sets in, then the organisation cannot produce sufficient new growth to recover.

Institutionalism is an example of a stage in a lifecycle that can affect any organisation, religious, political, corporate, or cultural; a church, a company, or even a nation. Adizes [2, p.103] spells out the corporate lifecycle, to summarise: Courtship, Infant, Adolescent, Prime, Aristocracy, Bureaucracy, and Death. It is at the aristocracy stage where institutionalism sets in through internal politics [2, p.106], despite, or perhaps because of its success. Formality replaces informality, money is spent on control rather than sales and innovation, and the emphasis moves on to how things are done, rather than why [2, p.64].
The organisational lifecycle has been applied to individual congregations [3]. McIntosh gives the stages as: Emerging, Growing, Consolidating, Declining, and Dying [3]. By the declining stage the purpose of the church has been forgotten because of the work needed to keep afloat what they have left. Applying this lifecycle to a denomination, like the Church of England, it can be seen that most in the UK are now institutions somewhere between the declining and dying stage.

A Model of Decline By Institutionalism

Figure 1: Causal Loop Diagram of Church and Institutional Growth
The feedback loops are causally circular, with the effect “feeding back” to change the original cause. R1 is a reinforcing loop, a virtuous cycle, giving exponential church growth. B2 is a balancing loop, limiting the growth of the church due to rising institutionalism. Lay people and clergy move from innovative agents of evangelism to people whose role is merely to “turn up, pay up and shut up”, servicing the institutional needs. B1 is also balancing, reducing the size of the church.
R1 can be thought of as a positive force, with B1 and B2 as negative forces opposing it. The future size of the church depends on which force “wins”.
In order to examine the outcome of the hypotheses, a system dynamics model is required. This will enable computer simulation to illustrate the models behaviour. Readers who prefer to avoid technical details can skip the next section!

The model is given in figure 2. There is one stock for the church, where both R1 and B1 come from connections to its flows. Institutionalismis also a stock, the loop B2 being formed, through the flows: growth of institutionalism, and add to church.
Three further hypotheses are needed. B3 is a resistive force that represents the difficulty of increasing institutionalism when it gets near the organisational capacity. R2 is a positive force coming from people within the church who want to increase denominational institutionalism, perhaps for their own self-preservation or power. B4 represents attempts to reduce institutionalism.

Assume there are no attempts to reduce institutionalism. Instead it is allowed to grow to capacity, the situation that perhaps represents many denominations.  A new denomination grows rapidly, through R1, for around 50-70 years figure 3, curve 1. Institutionalism also grows although its growth is delayed compared with that of the church, figure 3, curve 2.
Around the 70 year mark church growth slows and reaches a peak because the effects of institutionalism, B2, have slowed the growth, allowing additions to the church to just about balance the number leaving (which includes death), figure 4. After that point the losses exceed the additions and the church denomination continues to decline until it is eventually extinct, figure 3. In reality the extinction is faster, a straight line rather than the slowing curve of figure 1, as aging becomes a factor. This extinction has come about because institutionalism has been allowed to saturate at capacity, and no attempt has been made to reduce it. 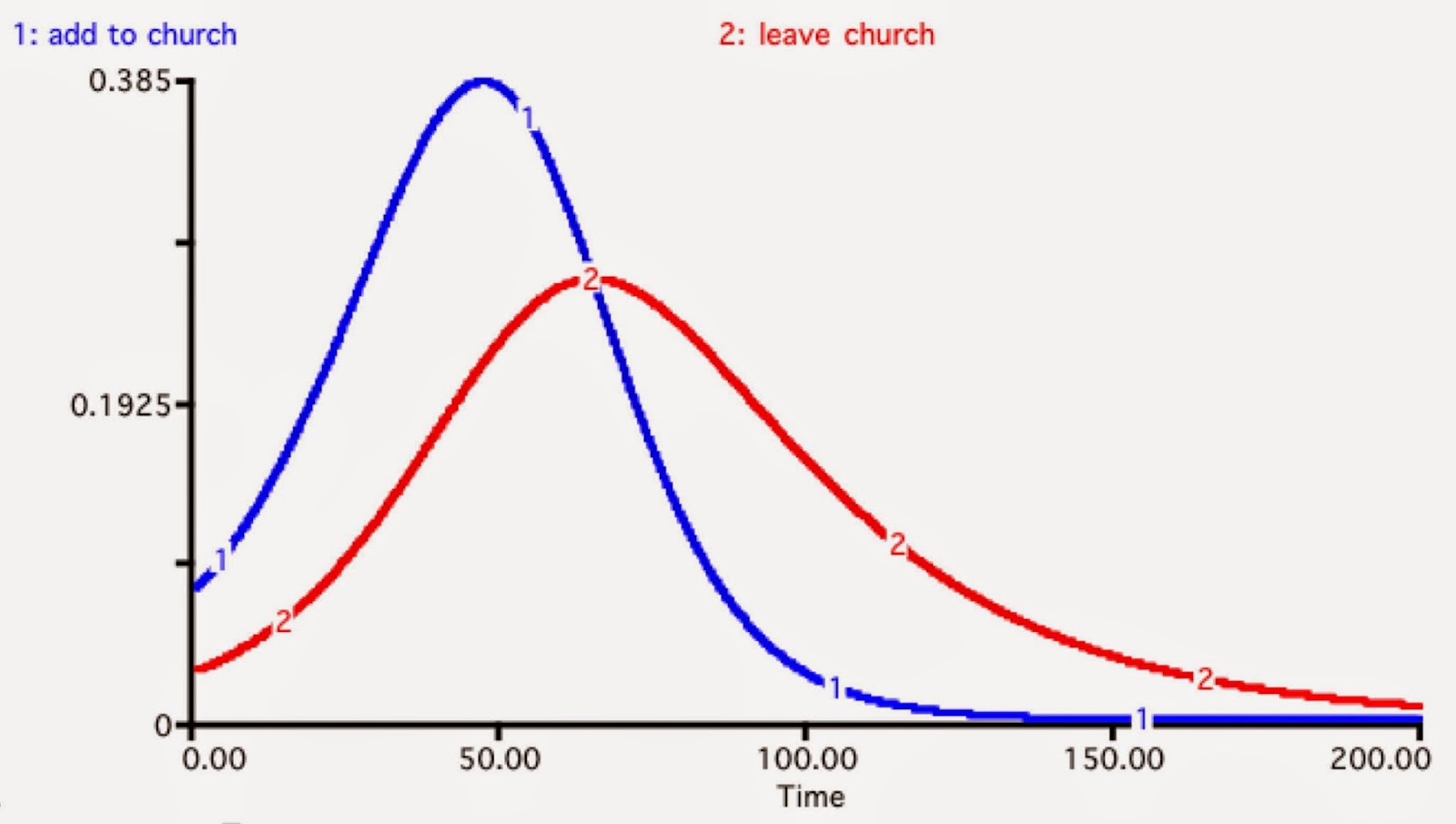 Figure 4: Comparison of Additions to, and Losses from, Church
Note that extinction has resulted regardless of the size of the target population (unlimited in this model). Extinction in this model is due to a lack of supply, not alack of demand.
As this model is for illustrative purposes only, the values of timescales and the church size should not be taken literally. They are merely relative. They may have different values depending on the denomination, or their social setting. It is in the shapeof the curves that the model illustrates reality [4].

A policy is introduced whereby the church attempts to reduce institutionalism (B4) in proportion to the amount of net decline it experiences. That is, the policy is not enacted until decline takes place. The policy is allowed an average of a 30 year delay to take full effect; a high number because it needs to effect most of the denomination, not just a few parts [6].
One such result shows church decline slowing from about 110 years, but it is insufficient to bring about growth, figure 5, curve 1. The oscillation in institutionalism is due to the delay between policy implementation and effect. Once it is perceived to have some effect on reducing decline, the policy backs off, before it has time to have full effect.
Of course the effect of the policy on halting decline depends on its effectiveness in dealing with institutional resistance. Figure 6 shows the base case of no such policy, curve 1, compared with 3 policies of differing effectiveness, curves 2-4. It shows that it is possible for a declining church to get back to growth. However the policy should be continue to be applied with the same intensity, and not applied less just because numbers recover a bit, as in these simulations. Complacency in results will breed oscillations, instability and eventually decline, as many companies know to their cost.

What does actual denominational decline look like? The Church of England does not have consistent membership figures over a long period of time, and it is only in the last few decades that attendance has been measured. However the Methodist Church has good membership statistics over most of its lifetime [7]. The graph is shown in figure 7.
Some of the growth from 1760 to 1900 in figure 7 was population growth, but the bulk of it was due to conversion. The length of the growth phase indicates that the Methodist church successfully dealt with issues of institutionalism during its early stages, especially in the transition from the first generation of leaders. Note a split in the 1850s and the effect of revival in 1904-5, which contrary to popular belief had considerable impact in England as well as Wales.
However from 1900 onwards the numbers plateaued, and then fell from the Second World War onwards, with a blip in the 1950s, probably due to Billy Graham crusades. Comparing figure 7 with figure 3 it is clear that if institutionalism is one of the causes of Methodist decline, then it has not been tackled, and extinction is not far away.
This is not just a Methodist issue. Statistics indicate that most pre-20th century denominations will be extinct by 2050, except the Church of England, whose decline is slower, and the Baptists, who are independently organised. By the middle of the century the Christian landscape will be dominated by what are now Pentecostal and independent churches, who may well have changed and have their own issues with institutionalism by then.
Such decline is not just a church phenomenon. By 2050 the inability of most Western societies to deal with their huge debts may have led to their downsizing, (euphemism for becoming poorer!) And all nations will be hit by dwindling natural resources and climate change, with a likely decline in world population. The lack of a few Christian denominations may be the least of the problems faced by people in the middle of the century!